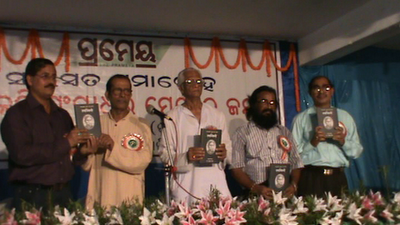 Swabhava-Kavi Gangadhara Meher (1862-1924) is very popular as ‘Prakriti-Kavi’ (Poet of Nature) in Oriya Literature. On the occasion of 150th Birth Anniversary of this distinguished Poet, a State Level Jayanti Celebration was held on 2-8-2012 at Kalyan Mandap in the poet’s birth-place Barpali, under the auspices of the leading Oriya Newspaper ‘PRAMEYA’ published from Bhubaneswar. 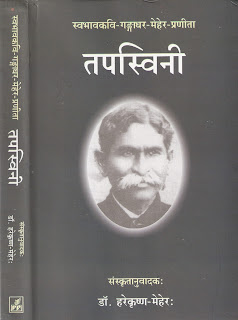 Tapasvini, an eleven-canto Ramayana-based Oriya kavya depicting the post-exile episode of Sita in the hermitage of Sage Valmiki, is well marked with originality of Poet Gangadhara Meher.This kavya has been completely translated into Hindi, English and Sanskrit by Dr.Harekrishna Meher. His Hindi Translation has been published by Sambalpur University, Jyoti Vihar, Orissa in 2000 and English Translation has been published by R.N. Bhattacharya, A-217, HB Town,Sodepur, Kolkata-700110 in 2009.